50 is the second of only two Double Deck bodies ever built by WS Yeates of Loughborough, both especially for Delaine and spent its entire working life with the company and was the last rear entrance Double Decker to remain in service with Delaine. Between 1946-64 Yeates produced 1,024 bodies and 50 is one of the 7 roadworthy survivors of the 16 that are known to still exist. Having been licensed as a PSV for 60 consecutive years, 50 has the distinction of being the longest serving Yeates bodied PSV vehicle.

Seen here in Bourne Market Place awaiting departure for Peterborough, alongside is MTL 750 (47) with a service to Stamford via Essendine.                  Photo: Delaine Heritage Trust Collection

See here crossing Cathedral Square, Peterborough, having departed Bishops Road Bus Station on the south side of the City Centre. This area was pedestrianised following the opening of the Queensgate Shopping Centre and re-locating of the Bus Station in 1982.                         Photo: Delaine Heritage Trust Collection 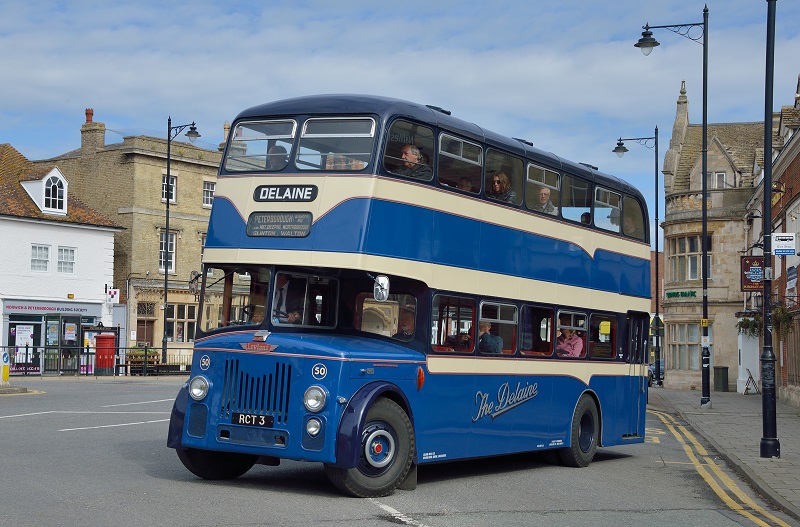 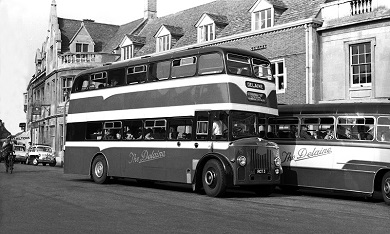 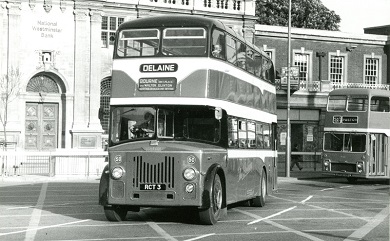