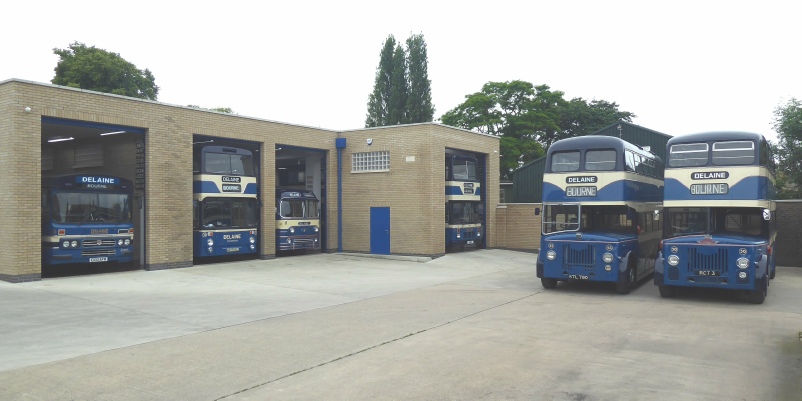 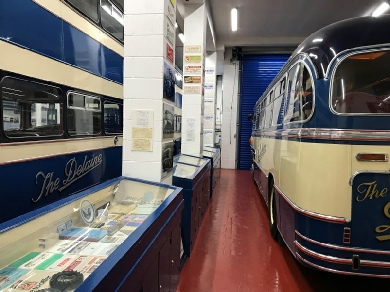 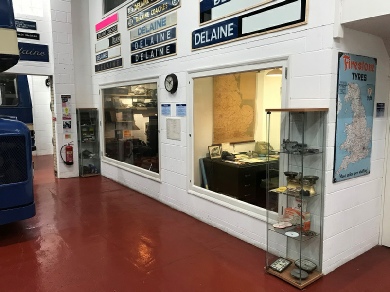 The uniform display includes the Cap of former Delaine Inspector Jimmy Culshaw and its personal connection with the founder of a well-known chain of Pizza Restaurants.

A2 captioned photos of former fleet members adorn the walls and includes every vehicle to have been operated by the company, with a handful of exceptions from the 1920s.

The six members of the Delaine Heritage Fleet form the centrepiece of the Museum, with all but one spending their entire working lives with Delaine and at least one of them being built in each of the last five decades of the 20th Century.
They represent the best of British engineering by Leyland and latterly Volvo in the UK following their acquisition of Leyland Bus in 1988. Their bodywork is all British from former manufacturers Willowbrook and WS Yeates of Loughborough, Leicestershire. Northern Counties of Wigan, Duple of Blackpool and East Lancashire Coachbuilders of Blackburn, which were all based in Lancashire.
Our collection includes two of the seven surviving roadworthy Yeates bodied vehicles of the 1,024 bodies they built between 1946-64.

The display cabinets and walls contain Documents, Artefacts and Memorabilia relating to Delaine over the last century and the wider Bus Industry.

The Timeline tells the Delaine story from 1890 when the first passengers were carried to local markets by horse & cart and from the introduction of the first motorbus in 1919 up to the present day.

Admission: Adults £2 • Under 16s Free
(excluding Event days)
(Under 16s must be accompanied by an Adult) 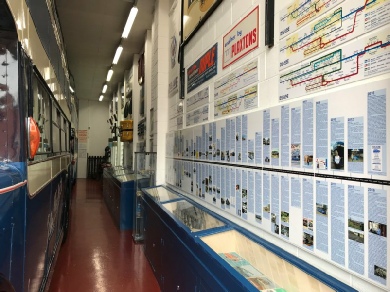 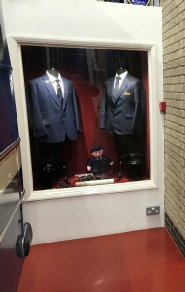 The Display Office, contains original furniture, artefacts, memorabilia and stationery which have all been used in the Delaine Office at some point during the last century.

The Display Workshop, contains original furniture, tools, spares which have all been part of the Delaine Workshop/Stores during the last century. 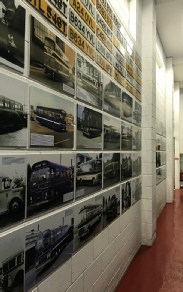 experience the effects of tungsten lighting